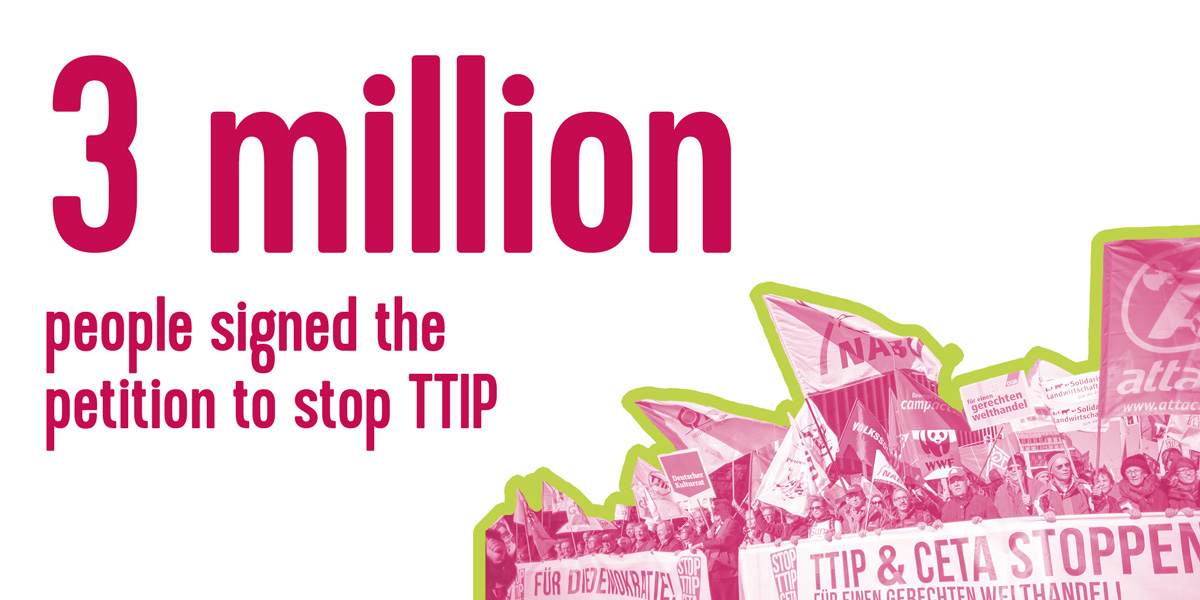 This lack of democratic accountability is frightening. If parliament is unable to stop trade deals, how can we defeat the proposed trade deal with the US? We can learn plenty from previous generations of trade campaigners. Just look back to the 1990s, a period of unprecedented trade liberalisation and expansion of trade rules when, nonetheless, campaigners achieved some remarkable successes and pushed back against some of the more extreme demands of big business. From the defeat of TTIP, and its forerunner the Multilateral Agreement on Investment, to the victory over the Free Trade Area of the Americas and removal of water sector liberalisation from WTO rules, there is much to be proud of and to draw lessons from. And these stories can give us confidence that it will, indeed, be possible for us to defeat the US trade deal.

The Peoples vs Free Trade

We can start on New Year’s Eve 1994, when a people’s revolt against free trade began. Across Mexico’s poorest and most southern state, Chiapas, a rebel army declared war on the Mexican government.109 As midnight struck, poorly armed peasants launched uprisings across Chiapas. Town halls were occupied and rebels barricaded themselves inside. Prisoners were freed, military barracks set alight and land seized. A declaration was issued: the impoverished peoples of Chiapas were at war not simply with the Mexican state which had repressed them for so long, but with a global economic system which was wiping out their way of life.110

The Zapatistas continued to occupy the towns for several days, before retreating to land they could more easily hold in the countryside. While desperate not to use their weapons for a minute longer than was necessary, the Zapatistas also refused to surrender. To this day, they control multiple territories across Chiapas which are run as autonomous communities.

Why had the Zapatisas risen up on New Years Day? Their pipe‑smoking, balaclava‑wearing representative ‘Subcomandante Marcos’ explained: “Today the North American Free Trade Agreement begins, which is nothing more than a death sentence to the indigenous ethnicities of Mexico… the compañeros decided to rise up on that same day to respond to the decree of death that the Free Trade Agreement gives them.”

It was the trade deal between the US, Mexico and Canada, NAFTA, which sparked the rising. NAFTA threatened to fundamentally change farming in Mexico, turning land into a commodity which would need to be intensively farmed, and thereby make the lifestyle of small farmers history. The idea of cheaper, imported food didn’t appeal much to the Zapatistas given that the price of this food would in all likelihood be their expulsion from the land and exile to the sweatshops of the cities. They refused to accept this, and while they didn’t stop NAFTA – which as we’ve seen, proved as disastrous as they had expected – they did preserve an alternative form of society which has lasted until today.

The Zapatistas should give hope to trade campaigners today. With their focus on radical democracy, some of the most marginalised people in the world challenged the mantra of free trade and free markets at a time when these ideas were nearly beyond criticism in international circles.. And they inspired perhaps the most diverse and international movement we’ve ever seen, dubbed the anti‑globalisation (sometimes alter‑globalisation, or global justice) movement. It connected Mexican indigenous farmers with Bangladeshi sweatshop workers, environmentalists with trade unions, faith groups with anti‑poverty campaigners. And it made the economics of free trade deals mainstream news worldwide.

If the Zapatistas lit the spark of the anti‑globalisation movement, it was on the streets of Seattle where the movement secured its first major victory. The setting was a summit of the World Trade Organisation (WTO), the international body set up to develop global trade rules. In fact it was here at the WTO that the real expansion of free trade into all manner of other parts of society – from public services to medicine prices – was taking place. So, in 1999, activists from around North America gathered in Seattle to take this global institution to task.

During a festival‑style series of teach‑ins, protests and non‑violent direct actions, a broad coalition made its power felt. Most excitingly, it brought together environmentalists and animal rights campaigners with industrial workers. One worker – a steelworker from Michigan who’d just been made redundant – was quoted in the press as saying: “I never got on with environmentalists until I realised we were all fighting for the same thing.”111 On the streets of Seattle, and in combination with developing world delegates unhappy about the direction of the WTO, the summit was brought to a standstill. It wouldn’t hold a successful summit again for over a decade.

In fact, over a few years, the institutions of globalisation – including the WTO, the World Bank, the International Monetary Fund (IMF) and the G8 – went from being the specialist interest of a few left‑wing think tanks to the focus of ire for a mass movement. They couldn’t meet anywhere without being besieged by protesters from around the world.

As well as bringing the WTO to a standstill, this movement fought against the new intellectual property rules (known as the Agreement on Trade‑Related Aspects of Intellectual Property Rights, TRIPS) and won life‑saving exemptions which still allow governments to override patents (see chapter 3),112 and fought the pro‑liberalisation General Agreement on Trade in Services (GATS), removing water resources from the deal.113 It also derailed the massive free trade deal known as the Free Trade Area of the Americas114 and played a role in bringing to power governments in Latin America which went onto challenge the free trade agenda like never before.

The next big uprising against trade deals concerned four ‘new generation’ trade deals: TTIP between the EU and US, the EU-Canada deal known as CETA, the Trans-Pacific Partnership (TPP) and the Trade in Services Agreement (TISA). Taken together, these deals represented a massive expansion of trade rules into new areas of life for hundreds of millions of people,115 an attempt by big business interests to cement the rules that campaigners had held back for 20 years into a set of new deals.

Across the world, campaigners dusted down their placards and got active. As with the previous wave of trade campaigning, the benefit of these deals is that they brought together very large coalitions, including public sector workers concerned about privatisation‑by‑stealth, farmers, environmental and animal welfare activists worried about food standards being driven down, campaigners for privacy online, and anti‑corporate and anti‑ poverty campaigners.

From humble beginnings where few politicians or journalists understood what TTIP was, campaigners fairly quickly started to ‘control the narrative’. Chlorine chicken became almost synonymous with TTIP, especially in Germany, where 250,000 activists took to the streets to protest the deal.116 An online petition across the EU generated over 3 million signatures in just 12 months.117 Campaign pressure on local councils saw a wave of resolutions declaring ‘TTIP‑free zones’, including in Brussels – which meant, embarrassingly, negotiators were often meeting in a TTIP‑free zone.118

In the end, the campaigning worked to expose and exacerbate tensions within the negotiations themselves. As European politicians became fearful that TTIP wouldn’t actually pass through the European parliament, talks were shelved. The TISA talks also collapsed. While the TPP and CETA deals went ahead, they have still not received full ratification. The US pulled out of TPP, while massive protests continue in Chile. CETA was nearly derailed by a regional assembly in Wallonia, and even today risks being halted in the Netherlands. While not a total victory, these campaigns left the project for a brave new world of free trade deals in tatters.

The US trade deal

So what can we learn from these movements as we face a trade deal very similar to TTIP, this time between Britain and the US? Most important, there’s every reason for hope.

A wide coalition has already been formed. Many TTIP activists are already at work, and have been joined by new allies, including farmers worried about their livelihoods. On the day he was made secretary of state for environment, food and rural affairs, George Eustice was booed by farmers when he mentioned the US trade deal.119 They join NHS campaigners, unions, anti‑poverty and environmental campaigners.

Once again, we already control the narrative. As with TTIP, nothing says ‘US trade deal’ like chlorine chickens. It’s almost impossible for the government to ignore this, and even pro‑government newspapers like the Mail on Sunday are running regular columns on the problems of a US trade deal for our food and farming.

There is every chance that this can reach beyond the ‘Brexit divide’. True, the politicians who led the Leave campaign want to use Brexit to deregulate and liberalise the British economy, but many of their voters want something entirely different. A recent survey shows high levels of support among young Leave voters in the north of England for environmental and animal welfare regulation.120

The volatility in political life means that even the government’s large majority cannot be taken for granted. There have already been early rebellions on the US trade deal as some Conservative MPs have joined the opposition to try to protect food standards.

As with TTIP, there will be tensions between the two negotiating teams. The US sees no reason to compromise with Britain, and has taken every opportunity to bully negotiators, threatening to pull the trade deal when Boris Johnson steps out of line on introducing a digital sales tax, supporting the Iranian nuclear deal or offering 5G contracts to Chinese corporation Huawei.121

There is every reason to hope that the US deal can be defeated if we build a sufficiently large and diverse movement. By doing so, we will not only prevent the government signing a terrible deal, but will throw a spanner into the works of their attempts to push Britain down the path of further deregulation and liberalisation.

And the stakes are even higher. Because the defeat of the US trade deal would be another setback for a global trade regime which urgently needs to be transformed if we’re to deal with the massive problems facing our world: inequality, climate change, and the erosion of democracy. It could be a real step towards a different form of global economy. What might that economy look like? That is the subject of the final chapter.